The Eclipse Integrated Development Environment (IDE) is the most popular Java IDE.  Eclipse is also used in other programming languages such as C/C++.  Third party plugins for the Eclipse platform help to make it an incredibly powerful software development tool.

Eclipse projects, like any software release, should be signed prior to publishing. Signing code is a critical step in the DevOps process as it allows users to authenticate the author and ensure the code has not been tampered with. Continuously evolving threats from malicious code (viruses, ransomware, Trojans, etc.) can disrupt and financially harm organizations and individuals making it imperative that software publishers deliver trusted code.

The actual code signing process consists of generating a hash on the code and encrypting the hash with the publisher’s public key. 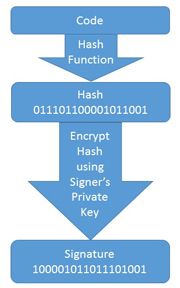 To authenticate the code, the user verifies the signing certificate and decrypts the hash using the publisher’s public key. A new hash is then computed across the code and compared with the decrypted hash. If they match, the code is authenticated.

Generating Keys and Certificates with Eclipse

Publishers signing JAVA code from Eclipse use the Java Keystore to store and access cryptographic keys and certificates. Entries are protected by a Keystore password and different “debug” and “release” Keystore files can be created. Once the Keystore is setup, Jarsigner can be used to generate digital signatures for JAR files as needed.

Generating the public / private key pairs and certificates requires use of Java Keytool. Private keys are assigned a name and password. Keytool also supports the generation of a Certificate Signing Request (CSR) used by Certificate Authorities (CA) to create a trusted certificate. The resulting keys and certificates are imported into a Keystore file.

Security of private keys is highly important and can directly affect the reputation of a software publisher. If a third party gains access to the private key, they could use the publisher’s identity to sign and distribute malicious code that corrupts or steals user data or attacks other software in the system. In addition, without the key, releasing future versions of the same software to an installed base may not possible (depending on the application).

Many DevOps teams create and store private keys using the Keytool default configuration and store them in Keystore files located on the build or development server. There are numerous security concerns with this approach:

An additional significant concern is the inability to prevent publishing code without “sign-off” of the DevOps team (development, QA, product management, etc.). With Keystore and Keytool, software could be inadvertently published by just one employee, who may be disgruntled or just careless.

Best practices can be achieved by introducing a highly secure and reliable Hardware Security Module (HSM), like the Engage BlackVault HSM, to the code signing process. An HSM is a specialized hardware device where keys are generated, stored, and used in a secure cryptographic boundary.

Historically, HSMs have been difficult to use and expensive. This is no longer the case, as the BlackVault HSM incorporates an easy to use touch screen color display, integrated smart card reader, and secure Ethernet / USB ports. The BlackVault HSM provides physical and logical barriers to attack that do not exist with a software only security solution; and unlike USB and smart card tokens, it provides multi-factor and Quorum authentication and supports network attached environments. It’s long battery life also allows for easy transport and offline storage in a secure room or safe.

The BlackVault HSM key generation and code signing capabilities are augmented with a powerful cryptographic engine that generates all the required RSA key types and sizes, a variety of hash algorithms (SHA2, SHA1, MD5/MD2, etc.) as well as elliptical cryptography. Hardware generated entropy ensures truly random numbers are used in cryptographic operations such as key generation.

The BlackVault HSM can also prevent code from being signed without approval from designated members of the DevOps team (QA, development, product management, etc.). Using the Quorum feature, each signatory is assigned a smart card and PIN. The code can’t be released (signed) until all required signatories are authenticated by inserting their smart card into the BlackVault HSM and entering their corresponding pin (multi-factor authentication). 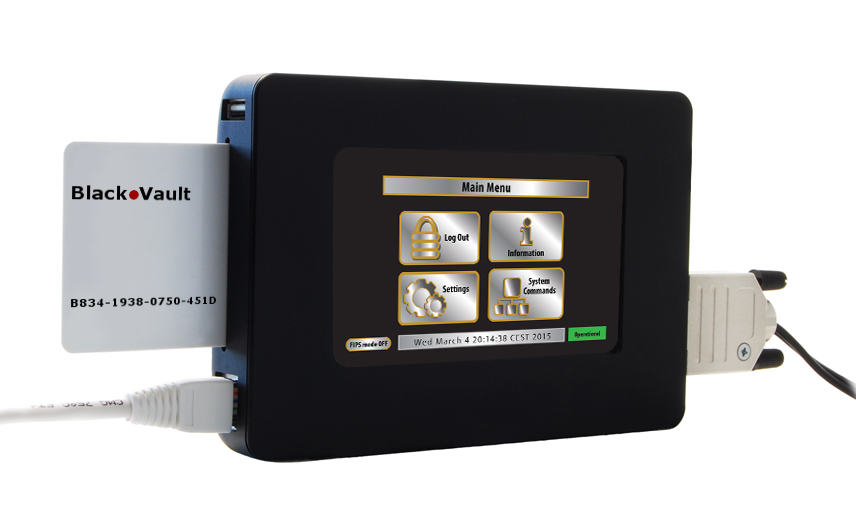 *Hash: A numeric value of a fixed length that uniquely identifies data. It is much shorter than the code being signed and is therefore faster to encrypt / decrypt while using less compute power.

The BlackVault HSM's integration with Eclipse enables code developers to performs code builds that are signed each time a build is successful.  The integration involves a straight forward modification of the build.xml file.

The following lines are added at the end of the build.xml file:

Prior to being able to execute the "signjar" command the BlackVault HSM needs to be setup and the build machine's JAVA environment needs to be installed and configured.

The following is an overview of what is required to set up an Eclipse environment to be integrated with the BlackVault HSM.

The highlighted green part is the most critical part as it is the part of the buildfile that signs the jar.

The highlighted yellow parts are the customizable part that you need to take care of. They are specific to your build envrionment. 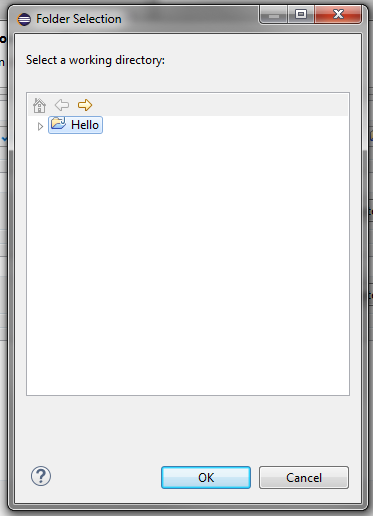 If it is successful it will give the certificates used in signing the jar. It will also at the end state:
“jar verified”

If it is unsuccessful the command will output:
“jar is unsigned. (signatures missing or not parsable)”