The BlackVault communicates over the network using PKCS#11. For a host to communicate with the BlackVault, the BlackVault’s PKCS#11 library, TLS certificates, and pkcs.dat must be installed first. Additionally, the Java files nss.cfg and java.security must be correctly setup.

1. Insert the BlackVault HSM Setup CD into your computer, on it you will find a file called bv-setup.exe

3. Windows asks if you want the installer to make changes to computer, select yes. 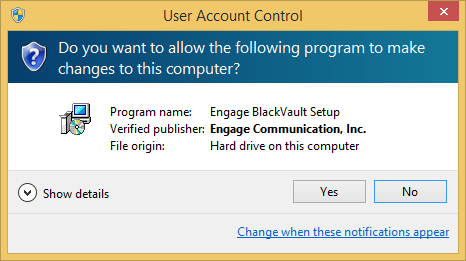 4. The installer asks, “Would you like to configure the BlackVault for Java?” select yes.

5. The first window you will see is the overview window. It goes over what will be installed. Select Next to continue. 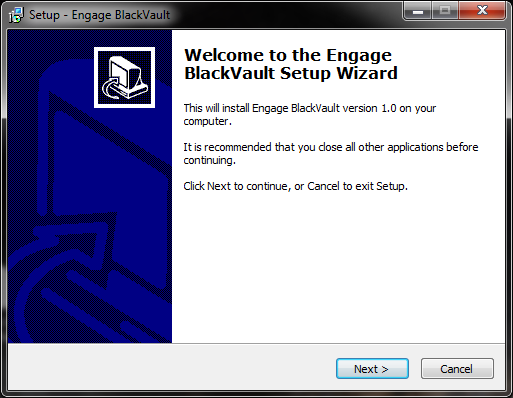 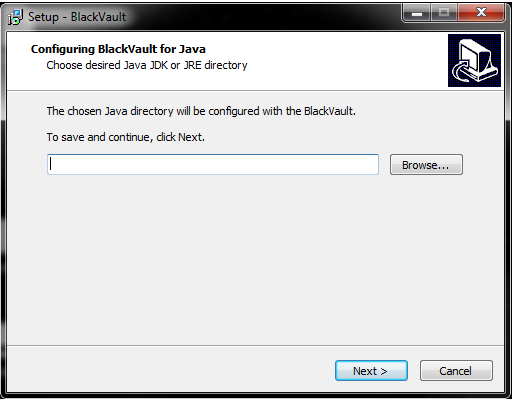 7. Next the installer asks for the BlackVault IP address and TLS Port. Enter those there and press next. 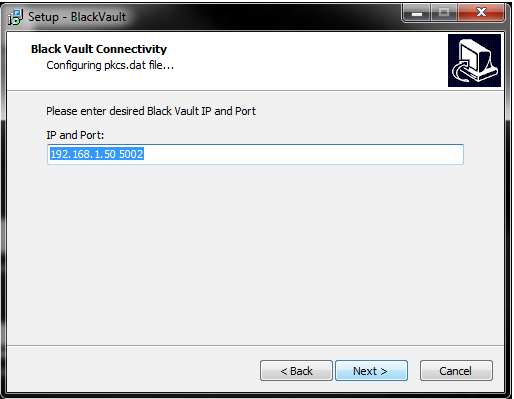 8. Next, the installer asks for the location of the directory to install the necessary files to. Either use the default location, or to select a new location, click browse and specify the new location. 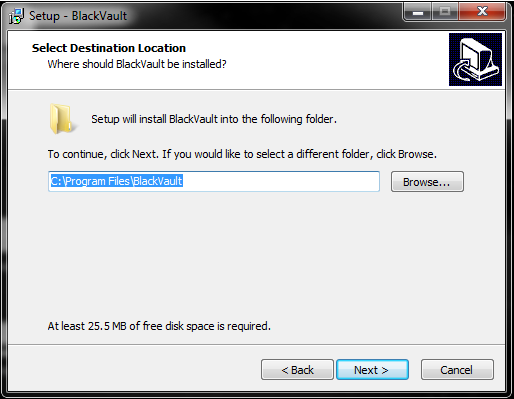 9. Next, the installer asks for which components to install, the Engage BlackVault Cryptography Provider (CNG/Authenticode and PKCS#11 libraries), or just the PKCS#11 Library 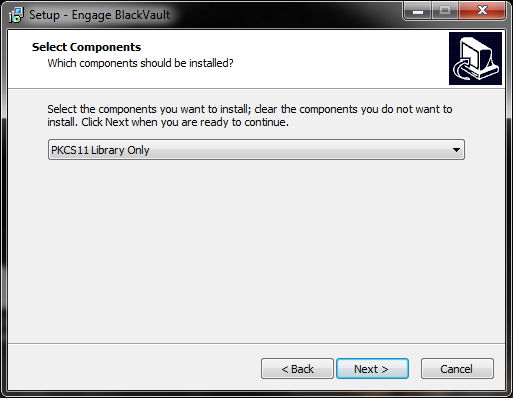 10.  The installer then gives a summary of items to be installed press install to continue. 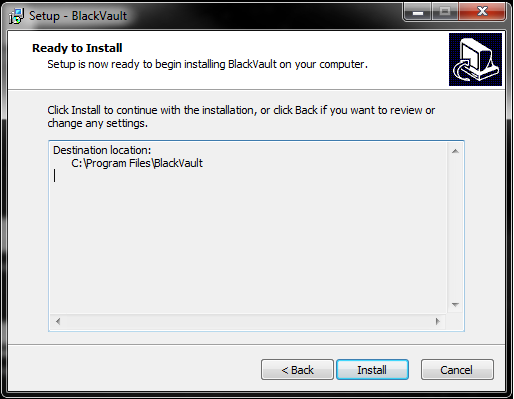 11. The installer then installs all the components, including a Microsoft Visual C++ Redistributable. 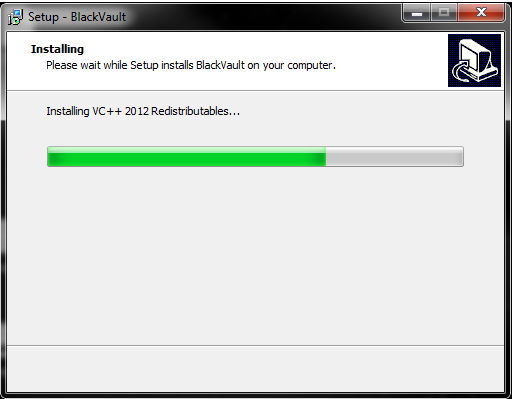 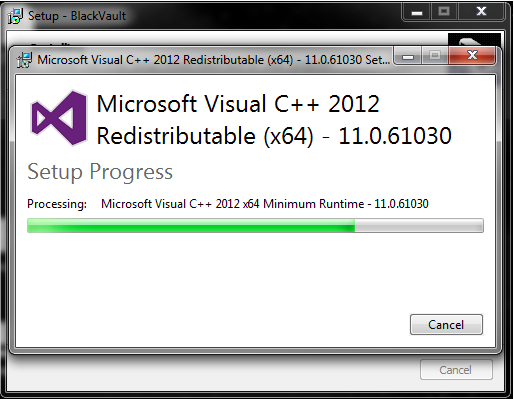 12.  Once the installer finishes press finish. 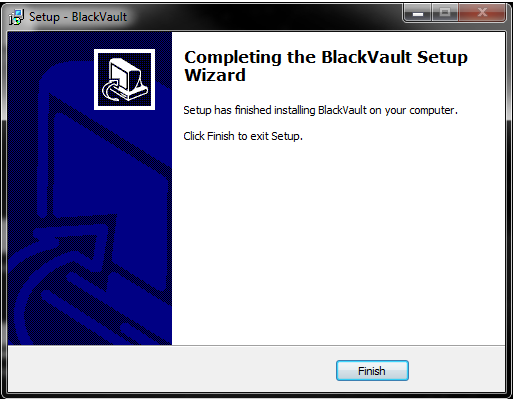 1. Copy the BlackVault Setup CD to a directory on your system.  In that directory do the following:

7. The TLS certificates are installed in /etc/ssl/certs.

8. At this point the BlackVault is setup to work with any non-Java application written to the PKCS11 API such as applications written in C or C++.  Select y and press enter to continue setting up java.

9. The Script asks for the “Java JRE/JDK directory” then displays the environment variable $JAVA_HOME. Press enter if this is the correct directory. If it is not change it now then press enter.

10. The script now asks, “Verify installation? [y/N]”.   Choose “y” if you wish to have the script run Java keytool to list the keys stored on the BlackVault.

11. Log in as User on the BlackVault.  Provided no keys have been created, the expected result would look something like the following:

12. In order for full settings to take restart the system, as environment variables were changed .

Signing with Java Jarsigner and the BlackVault HSM

If a key already has been created by Java, you can skip the first section and move onto Jarsinger operation

Before signing code, you need a key and certificate for that key. Keytool is used for this purpose as described below.

If you have completed the previous steps in this guide (Java configured correctly, and PKCS#11 library installed), perform the following using a command terminal:

If a self-signed certificate is sufficient skip to the next section, if you would like a certificate signed by an independent certificate Authority perform the following:

For Java, use the following command: jarsigner -verify /Path/To/Your/Jar